On Tuesday 30th June, the British Hospitality Association will host its 4th annual Hospitality and Tourism Summit at the Novotel London West. In a short space of time, the event has grown from 300 attendees in 2012 to 650 attendees in 2014 and 2015 is expected to its biggest yet. EP met with BHA’s CEO Ufi Ibrahim to find out what the Summit has in store and the impact of the new Government. 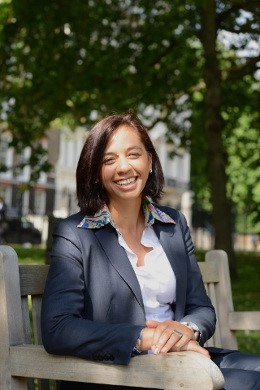 “The summit is about providing a platform for our industry to align their message and speak as one” says Ufi. “This year we have a number of ministers and MPs attending and speaking about campaigns that matter to the industry, Boris Johnson, Jonathan Bell (Minister for Enterprise, Trade and Investment, NI) and Priti Patel (Minister of Employment) to name a few. Boris will be talking about a successful partnership and he is also one of our biggest champions of the Big Conversation. From the private sector, there will a number of International faces, such as Gerald Lawless (President and CEO of Jumeirah Group) to tell the story of Dubai, where tourism is at the heart of the development of a major global economy. We’re hoping this will help inspire and show our new Government the potential of future growth of our industry. We have some areas in the UK that will do very well to embrace that type of vision. The Summit will also feature speakers from outside of the sector such as Grant Cornwell MBE, Chief Executive Office of Tottenham Hotspur Foundation and it will highlight how people not connected with hospitality have come together to form a partnership for the advancement of our great industry. ”

The highlight of the Summit last year was the announcement of a new Tourism Council, which was intended to bring the industry and Government closer together, working towards one objective; the responsible growth of the sector. A year and a General Election later, how has this evolved and what has it achieved? “The council helped to raise awareness of the sector across other departments in Government and cohesive policy thinking. Also for the first time in history during the General Election, Hospitality was referenced in the manifestos of all the political parties, with the exception of Labour. Now the challenge is to ensure with our new Secretary of State and new Tourism Minister, that we actually help to develop and grow the strength and the role of the Council,” Ufi states.

The industry is in a strong position and some argue that too much interference could be counter-productive for growth, and the sector should be left to take its own natural course. Ufi disagrees, “The UK operates in a free market system and as champions of the private sector, we would support having an environment which is as regulation free as possible, allowing our businesses to get on with what they specialise in doing, but there are also regulations that are important for public safety. There has to be a balance between free market and regulation. I think most businesses in the industry would agree. The role of the BHA is to ensure we hit that balance, we sit between the Government and industry. Hospitality is still accused of fragmentation and that’s where policymakers will turn and say, who do we talk to in your industry? There are so many voices in the industry, they prefer to send us away. The longer it takes us to all get behind one organisation, the more we give policymakers the opportunity to play divide and rule and push us down the prioritisation list. To give the industry strength, we need to be aligned behind one message.”

Click here for more information on the Hospitality and Tourism Summit.