Street food has gone way beyond lukewarm chips and cardiac arrest kebabs. In fact, our global love affair with bin top dining appears only set to blossom. American Slider bars, Churros huts and oyster shacks worthy of a Michelin star now grace everything from luxury festivals to car parks. The less salubrious the back street, the more kudos, it would seem; anything to be considered vaguely underground, guerrilla or pop-up. 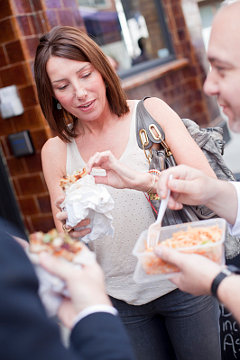 Instead of pouring gargantuan wads of cash into premiums,rents and rates, street concepts can be set up relatively speaking, with little capital outlay and reasonable pitch fees. Consequently, the mobile dining craze is increasingly a labour of love, not to mention bambinos. Passionate cooks armed with inspiration from their Gap Year, fresh faced Michelin trained chefs and multi-cultural Britain at its best: recipes as Amma made them.

No doubt in part due to our globe-trotting nature, we Brits are more discerning than ever when it comes to our fuel, shunning sugar strand sculptures and biblically proportioned menus in favour of simple and fuss free food, done well. A shift that is evident beyond the tarmac: Burger & Lobster, Byron and Moolis are profiting from the pared down trend. Mark Hix recently opened Tramshed, serving nothing but chicken or steak, and Shoreditch Chicken Shop is the brainchild of Nick Jones.Think Soho House meets KFC. 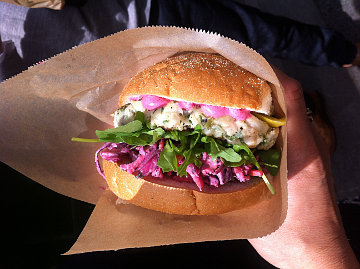 In the same ‘Too Kool for Skool’ vein, websites and glossy marketing are being shunned in favour of less static and more interactive blogs and Twitter. And the resulting word of mouth can spread like wild fire.

Lucky Chip, Pitt Cue Co. and Meat Liquor started out as two-man vans, only to be propelled into The Fashionista Restaurants To Do List as a result of their Twitter fame. Oh, and the Hereford Steer beef and Dalston Tommy K, of course. 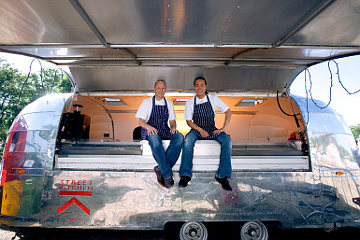 >KOGI BBQ VAN @kogibbq
Where it all began. Roy Choi launched his Mexican and Korean BBQ genius in the US. Fans,more vans and social media followed. There was no going back. 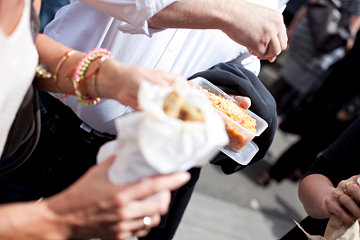 >MEAT WAGON to MEAT LIQUOR @themeatwagonuk
Yianni would pitch up his Peckham Meat Wagon and only then tweet his location. Brave? The Twitter love and consequent word of mouth proved so strong, queues were guaranteed around each South East London block. Chicken Cottage must have been up in arms. Two years on and the queues have moved to the back of Bond Street. Yianni may have taken on an exorbitant W1 lease, but he’s remained firmly on the no-booking policy bandwagon. Sorry.

>STREET KITCHEN @streetkitchen
Jun Tanaka and Mark Jankel of Pearl and Notting Hill Brasserie led the way with their British Bistro airstream and remain at the forefront, fuelling the City and London 2012. 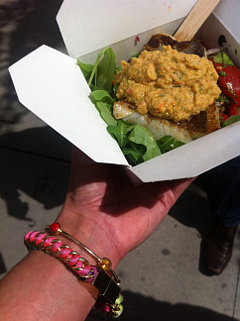 >CHURROS GARCIA @churrosgarcia1
Spanish doughnuts and chocolate dipping heaven. No relation, but just as Abuela made them all the same.

>HORN OK PLEASE @Horn_Please
The genuine article. Pani puri and samosa chaat, just as you find them in India.
Minus the Imodium.

>GREEN GOAT FOOD @greengoatfood
Sustainable fish worthy of starched white table cloths and a hefty price tag. In a box
for a fiver.

So what does this mean for retailers and food service? Take inspiration from the one or two-man operations discussed and have some fun.We live in the cultural melting pot that is Britain, do we not? Some of my favourite and simplest recipes have been passed on by families from my travels, by colleagues, by grannies or through my own Hispano-Celtic heritage. Some of the most coin-worthy café menus I’ve created have come from said list. I guarantee there’s a wealth of portable dining on your payroll. 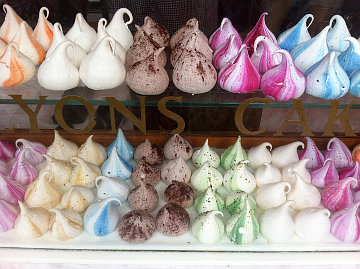 Don’t get hung up on costumes or theme days.Most street concepts are little more than a sheltered table, two giant pots,even bigger personalities and a stack of eco-friendly take-away boxes. With smearing, wrapping and packing at lightening speed– sellers, take note.

To be clear however, life is a beauty pageant – gastronorms of slop won’t fly. Street vendors and retailers increasingly showcase offers worthy of an art gallery. If the food is the real deal, it will speak (and smell!) for itself.

When all is said and done, you’re bringing nourishment and relief to the working day, enjoy it. If you feel a burning desire to promote your pop-ups via Twitter, so much the better. 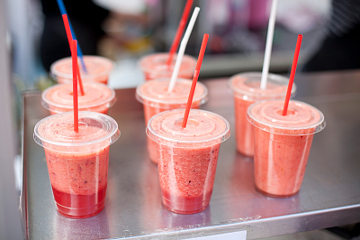 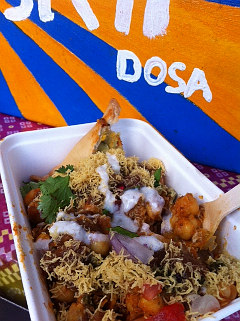 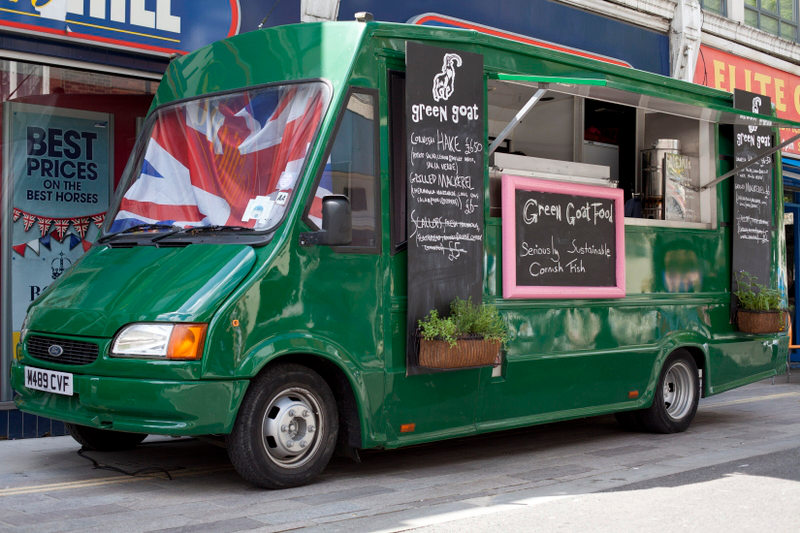