Ken McCulloch, the founder of Dakota Hotels, has been called the only true “Hotel Entrepreneur”. Ken, himself, may dispute this assertion but there is no doubt that he is  one of the industry’s greatest innovators – and often in a very subtle way. When visiting a Dakota Hotel take the time to view how each room changes in style and approach and how the pictures, art and design are being used to bring a sense of calm to the guest. It is all about subtle touches.

For those that know, Dakota Hotels in Edinburgh and Eurocentral, the new hotel in Glasgow’s city centre is very different. In many ways, it carries more of Ken’s personal touch. The name of Dakota Hotels was partly inspired by the Douglas DC-3 which transformed commercial flying in the 1940s after the Second World War by making it more affordable to those who wouldn’t ordinarily have been able to afford it. Ken’s work in hotels is inspired by a similar desire to create new experiences for the customer.

Ken himself is inspired by music, visuals and great design. The bar in the new hotel  is named ‘Jacks’ and is filled with pictures  of many of the great Jacks in history – from Jack Lemmon, Jack Buchanan, Jack Palance and JFK. The bedrooms have music score sheets as pictures, while the restaurant uses space expertly, combining a secluded private dining room and booths.

The real skill is that every room is crafted with care, and the customer will notice the small touches without really realising it. It  is a method for seducing the guest through emotion. The rooms do all have a feeling of calm and yet it is hard to explain why. The answer will lie in the design.

Ken is married to the designer Amanda Rosa and they are very much a double act. Together with Amanda’s team they create calming and interesting spaces. The hotels may on the surface appear to be just another hotel, but from the eclectic touches featuring in the private library to the art that sits

within the restaurants, bars and throughout the hotel, it tells a different story. Even the menu cover has a very considered picture on the front. For Ken and Amanda it’s about the simple things done brilliantly and their never-ending attention to detail that gives their hotels that edge.

One suspects that Ken and Amanda love to challenge the norm and their history is one of creating “Urban Chic” designs that have inspired – whether at One Devonshire Gardens, through Malmaison, which was  the symbol of change in the 1990s, to Columbus in Monte Carlo to the Dakota Hotels. Dakota Hotels set out to challenge the senses through art, music and design. As a result it makes the stay a softly emotional experience, which one can not often say about hotels.

Ken began his hotel career as a teenage trainee with British Transport Hotels in Scotland in 1966. By the age of 23, he was running his first operation and soon after  he was running his own businesses. In the early 70s, he opened Glasgow’s first wine  bar, La Bonne Auberge, which was a great success and then moved on to open Charlie Parkers, a beautifully designed cocktail  bar and grill. In the 1980s, he moved into hotels with One Devonshire Gardens  and in 1994 launched the chic, cosmopolitan but considerably cheaper Malmaison chain. He wanted to be able to engage with customers again and show that branded hotels could excite guests.

“People used to get excited by going to hotels. Do you remember the days when people used to dress up to go to hotels?  I want us to make people feel like that again,” stated Ken as we spoke at Dakota Deluxe in Glasgow. “Part of the problem is that life has been dumbed down so much. I think we need to create places that people want to go to – destinations that inspire excitement and desire. Let us give people somewhere to go that offers a special experience, because the responsibility does lie with us to deliver.

“Creating the destination is one part of  the equation, but the experience has to match it. When one achieves this balance, then it builds a momentum as people want to come back, they will recommend you and a reputation is grown. I always tell the team that it is better to have a fan base rather than a database. Think about music – how often do you go into a hotel and the music just does not work or does not match the environment or mood. We spend hours getting the music right, which is no chore as I love music – a real passion of mine. But it  is not just the music but how it is used, and how it interacts with the guests.

“So often, operators miss the need for subtlety. It can all be too obvious. That is why Malmaison worked so well. Devonshire Gardens too as our guests knew we cared. When guests come to a hotel they want  to be cared for and that care is delivered through great people, great food and  wine and design.”

One of the other hallmarks of Ken’s  hotels is his teams – often young people that Ken actively nurtures to share his passion for hotels. Of course, some will be cynical and say that many will state this but the difference is that many stay with the business for long periods of time. The Head Chef at the new Glasgow hotel has been with Dakota for close to a decade.  The same with the Operations Manager. One of the management team at the hotel has an MBA and is playing a key role in establishing the new hotel.

As we talked, we estimated that Ken has mentored at least seven of today’s industry MDs that have worked under him. That doesn’t happen by accident.

“Hotels should be personal and we have a family that shares a passion for what we are striving to achieve, which lets talent flourish as they know they can grow. It is not rocket science but it does take a real desire to make our hotels be special places for guests.”

As Fernand Point – one of the true great chefs of France – once said, “Success is the sum of a lot of small things done correctly.” Ken McCulloch has always prescribed to that view and continues to evolve and develop his hotels on those beliefs. As Ken says, “Our task is simple. We should work towards making our hotels  a little better every day and that, over a  year, is quite a lot!”

“People used to get excited about going to  hotels. Do you remember the days when  people used to dress up to go to hotels?”

“Creating the destination is one part of the  equation, but the experience has to match” 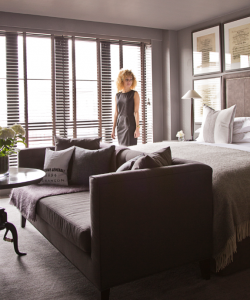 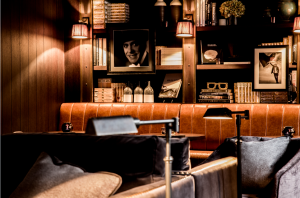