This week we held a panel discussion on the effects and impact of the National Living Wage in conjunction with WMT. The engaging discussion was held at The Royal Overseas League and covered an array of subjects. Discussing the issues were Martin Couchman OBE, Chairman of The BHA, Peter Davies, Managing Director of WMT Troncmaster Services, Vince Pearson, Chairman of The Waterfall Group and Paolo Peretti, Managing Director of Vital Ingredient. 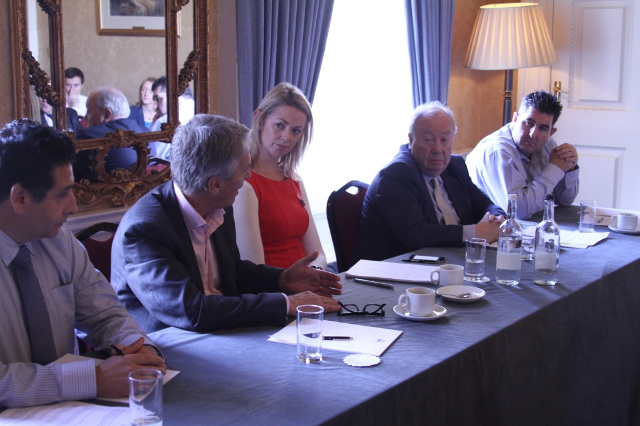 The discussion began with the point that what we now know about the National Living Wage is not too different to what was known when it was first announced. It was put to the panel that the majority of front line workers in the industry are on minimum wage, so morally is a higher salary a better way to go? It was argued that every business would be affected differently by its impact. For some the rise for their workers is a positive and one matched by improving training and increasing motivation. Others argued its impact would change the relationship between customer to business provider or in other parts of the hospitality industry, from business client to business provider. Using the example of care homes, it was mentioned that there could be a bleak future, with half potentially closing. In terms of recruitment, it was argued that it may appeal to workers from the European Union. From the audience, it was noted that by 2022 993,000 people will need coming into the sector to work, with 88 per cent replacing. Therefore the question was posed  do companies need to work harder to retain their employees.

The recurring question from the morning discussion was on who would pay for the increased amount  staff, operations, investors or customers. For the example of waiters, in other countries tipping systems are used which provides workers with a liveable wage. However in the UK it was argued the country is not as generous as others and if tips were stopped, operators could possibly be penalised. A positive for the industry was that in retail, entry level workers only receive a base salary, whereas workers in hospitality may receive extra on top  due to tips. The question of law on paying salary to different ages was asked and the response came that broadly speaking, paying an 18 less than a 22 year old is ok if both on minimum wage. The problem arises when paying more, but this has yet to be tested in the courts.

The discussion moved on to the impact on investors and banks and questions were asked on how some would survive if not making enough money to keep both happy. The customer only has a certain amount of money which they want to spend on certain activities. Therefore it is difficult to charge more on products or services and the impact of any increase will take place in an uneven playing field.

For restaurant groups it was argued that all expect junior levels are earning over the minimum wage. On the whole restaurants are paying the £7.20 or £6.50 basic with £3 or £4 for service, roughly making £10 per hour. If the banks were to look at cash tips then it is possible to enter into laws of unintended consequences as restaurants will look to adjust their behaviour if things were to change.

A question was asked that could independent bodies help the Government make decisions, however, this was counted by the argument that the ball is out of the industries control and it will have an impact on most industries and not just hospitality. There is no single policy which all can sign up to which causes various issues.

The pressure on the private sector is expected, according to the panel, in the possible vanishing of some businesses. From larger companies to independent pop-up restaurants, there is a risk that the impact could play a role. It was argued this could make the sector a bit boring with no new exciting concepts coming through. Using an example of a café, a manager may earn over £40,000 per year which no pop-up or smaller operation can compete with.

It was agreed that London and outside of the capital can be seen as separate countries due to their differences. It was also noted that the impact of the National Living Wage must be seen on a broader scale. Farmers and especially fruit pickers will not break even and therefore fruit will have to be sourced from abroad. Not necessarily in the hospitality industry but has the ability to make an impact.

The stimulating discussions from both the panel and the audience ended on a few key questions -Is there an upcoming curve ball which no one has seen? And if there is, is the industry well prepared for every possible outcome? Should various bodies almost lobby the Government on what they really intend to do? Will the changes bring more workers from abroad? Will the levels of service drop?