The Psychology Marketer Embarking on London

Paul Jurjac is the young Chief Executive Officer at Core Elevating Media, a business he has founded and is expanding having recently moved in the UK from his home country of Romania. Paul is embarking on a new adventure where he believes his skills can be of great benefit to British businesses. Restricted by short-sighted companies back home, he believes he can make great headway with those who hold long-term thinking.
He shares his story…

It all started with an obsession…

From when I was 13 years old, I was literally obsessed with Psychology, and after a few years, I was introduced to Philosophy. Usually, it’s said that the first love is perceived as the greatest. Well, in this case, unlike the story of my marriage, it wasn’t…  As an obvious result of studying Philosophy, I’ve dived into Politics and into economics. The combination between all those, made me decisive in following a career as an entrepreneur and to start as a marketer for a foundation.

Being heavily influenced by Psychology before entering the Marketing industry, I honestly thought that I will enter a workplace where the level of the game would trump books, and where psychology would reign supreme. What I’ve found, was at least disappointing it not downright depressing. However, I must say traditional marketers I found to be extremely sophisticated technicians. They use tools and tactics which take years to master, but when it came to strategy in general, and messaging strategy in particular, it was perhaps in a bit of a mess. There were almost no discussions about cognitive functions, or in other words, about why a consumer would actually perceive, process information and act as they would predict they would.
“As a result, in no time we were in national newspapers, national TV, blogs, and radios. If you are surprised, just imagine how we were. We had nothing in place.”

Putting the farmer to the test: 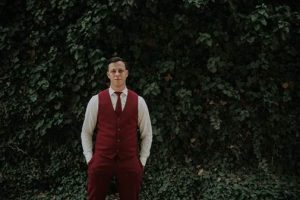 Traditional marketers didn’t want to listen to my theories, so I decided to start a business on my own on the side to test them. I contacted my cousin Ionut, who was a farmer (21 years old, like me at the time). I suggested that we try and start a vegetable and fruit business with home-delivery service using my cognitive marketing theories and see if there was a demand.

After that, I’ve told them to give me a week to create a strategy. In five days I created a strategy made up of 56 words, created on a skeleton of six cognitive theories. I’ve posted it on a new Facebook page, with 20 followers, with no advertising budget. In just 48 hours, we had 1.000+ orders, and it was an internet sensation. In a word, it went viral. As a result, in no time we were in national newspapers, national TV, blogs, and radios. If you’re surprised, just imagine how surprised we were. We had nothing in place. We honestly didn’t think that it would work. I hoped for the sake of my self-esteem and sanity that I would be right, but that’s all it was, a hope not even a belief, let alone a certainty. 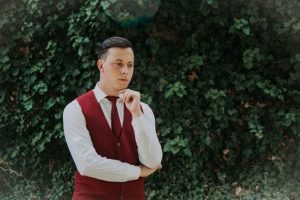 After that experience and continuing to build that business in multiple directions, I’ve helped other businesses to grow too, with even better results in a few cases.

Moving to the UK:

I don’t resonate with the business culture in Romania. I’ve found many businesses extremely short-sighted in perspective, so I’ve decided to move to London, knowing with certainty that here, I will find businesses that are really committed to long-term thinking, and for those, I will gladly pledge every ounce of effort at my disposal.