Join us for Dinner at the Palace, an audience with Brian Turner, one of Britain’s most well-known chefs. This exclusive evening with the Royal Academy of Culinary Arts is to support Adopt a School Trust Charity.

Brian’s story is one which should engage every person in the sector. He is well known for his 14 and a half years on the very successful Ready Steady Cook Show having been there since the very first episode. His incredibly rich career began at Simpson’s in the Strand, The Savoy, The Beau Rivage in Lausanne and Claridge’s.

Brian is the President of the Royal Academy of Culinary Arts.  During his early career he opened the kitchens at The Capital Hotel where he won, a then, rare Michelin star. He ran his own restaurant ‘Turner’s in Walton Street’ for 15 years before moving to The Millennium Hotel in Grosvenor Square amongst others. He now has a restaurant in Bognor Regis. Brian has combined all of this with a successful career as a TV personality, including some of own shows on the BBC. 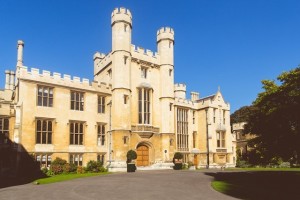 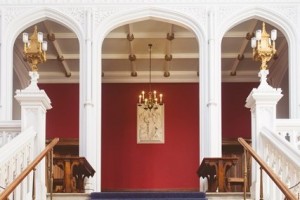 Join us for a memorable evening and the chance to network with senior leaders, the dedicated community surrounding the Royal Academy of Culinary Arts and Brian Turner.

The dinner is taking place in the stunning Guard Room at Lambeth Palace, with welcome drinks in the State Drawing Room. This room has graced many in the past including Her Majesty The Queen and the Dalai Lama.

The Palace, on the south bank of the River Thames, has been the historic London residence of Archbishops of Canterbury since the 13th Century and its grand setting is perfect for a night of celebration and fine food.

A raffle and auction will take place during the night to contribute to the national charity Adopt a School – a project that aims to create a brighter future for children through food education.

Tickets £95 plus VAT per person

Join us for a fantastic night for a good cause.