Last week, I was told a gentle, warm story with cooking at its heart: a story that maybe recounting

Back in the 1970s, two families grew up next to each other in a Parisian City Centre apartment building. One family had a young son, the other a daughter – both the same age (8) and both soon became firm friends. In those days, they were allowed to go out into the streets to play for hours on end with few questions being asked.

Often in the mornings, they used to love to run down to a local bakery to smell the fresh bread. Over time, they befriended a gentleman that used to come to the bakery to run many French baguettes. It soon became clear that he was a chef and was buying the bread for his restaurant.

One day, he invited them to come and join him in his kitchen so they could see him at work and for them to see a real live kitchen in action. They excitedly accepted and soon enough, of course, had befriended most of the Chef’s brigade. They started with simply watching the chefs in action and then progressed to visiting some of the local food markets with the Chef and then to actually helping out. By the age of 12, both were cooking part-time in the kitchens. But the age of the 13, the Chef told them that they both had real talent and could become chefs if they so desired. 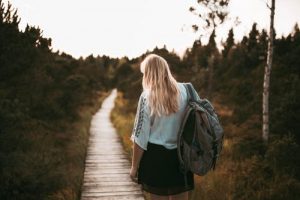 However, at the age of 14, the girl’s family moved away to the South of France – much to the young boy’s sadness. Of course, they both wrote to each other at the start but the letters gradually became less and less to the point that life had just moved on.

The young boy continued to cook at the restaurant, and worked there as he finished school and went to University. By this point, he knew that the cooking bug had bitten him and that he wanted to be a Chef. His parents, wanting to encourage him but also wanting him to have qualifications, sent him to a Hotel school in Switzerland where he worked in many of the great Swiss Hotels but always returning to the Parisian restaurant when time allowed and it was here that he began his professional career as a Sous Chef to his old friend. 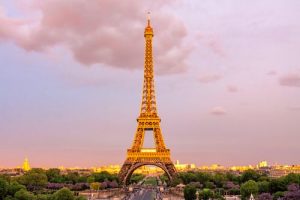 By this time, the Chef had three restaurants in Paris and the business was a success. He had a dream, however, of opening a restaurant in Lyon – the gastronomic centre of French Cuisine. He would visit the City and one day found a site just outside the City but with a good catchment. He appointed his protégée to be the Chef patron – both managing the operation and heading up the culinary experience. The young man worked hard and soon the restaurant was thriving.

In the spring, the young man took a week’s holiday and visited the South of France. The letters to the his old friend may have stopped but he had never forgotten her but of course in the back of his mind, he half hoped to meet her once again. Meet her he did but never did he envisage how this would happen.

He had been recommended to try a small, country restaurant in the hills just outside of Nice and there as the Chef was his friend. In those days, it was remarkably rare to find female Head Chefs, even though France could boast a proud history of female Chefs holding Michelin Stars back to 1933. However in the early 1990s, it was still a story in itself and the young lady had built herself a strong reputation in the area, arguably the match of the young man’s rising reputation in Lyon.

How does the story end? Yes they came together, married. The old Chef handed them his restaurant business to manage on his behalf, which they still do to this day with restaurants in now in Paris, Lyon, Nice, Cannes and in Dijon. They say that it was food that brought them together and created a passion; that learning the craft made them soulmates and that the passion and the craft together made their lives successful.