A commercial twist on a moral imperative

Waste Not, Want Not

Before you throw away that slightly bruised apple, consider this – it takes the equivalent amount of treated water to flush seven toilets as it does to get one apple from farm to fruit basket.

Thinking of having a burger this weekend? It took as much water to produce that meat as it would take to fill 16 bathtubs

These are staggering facts which are not spoken about often enough in business. While so many corporations ponder the Corporate Social Responsibility programmes, there is a lack of acknowledgment and action afforded to food waste. In partnership with Go Green Tomatoes, we are delighted to launch the “Waste Not, Want Not” campaign, challenging operators in the foodservice sector to cut waste by 20% within a year. That may seem like a lot, but we know it’s eminently achievable.

Consider this, including hotels, restaurants, pubs, staff catering, healthcare, education and leisure almost a million tonnes of food is thrown away by foodservice outlets in the UK each year – and that’s before a plate of food is ever served up to the customer. Equivalent to 1 in every 6 plates of food prepared this represents a loss of £2.5 billion to business.

We believe this should, could and must be tackled – hence the “Waste Not, Want Not” campaign.

FACT: Rotting food creates methane which is 21 times more harmful to the atmosphere than carbon monoxide 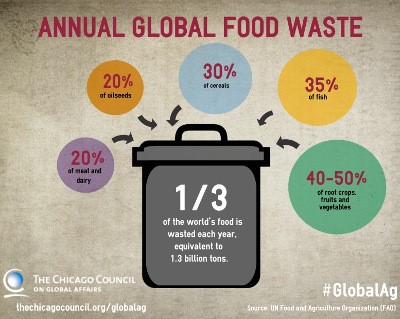 So, where is food being wasted and what are we throwing away?

With a third of all food produced for human consumption being wasted, It’s clear that there is an unnecessarily large proportion of food being wasted by businesses. How can this be rectified?

By over-ordering foodstuffs in the first instance, businesses would immediately cut waste by a fifth. Analysis of waste in professional kitchens shows that the majority of avoidable waste occurs when food which was not needed in the first place is disposed of – bruised fruit, meat which has been allowed to “go off”, out of date bread and rice etc.

While the reduced cost of purchasing is a clear cost-saving initiative, research also shows that hotels, pubs & restaurants could save as much as £724 million annually by increasing recycling rates and preventing food waste. The report estimates that over 3.4 million tonnes of mixed waste is produced in the sector every year of which only 48% is recycled. Analysis of food waste disposed in 2009 showed two thirds, or 400,000 tonnes of food which could have been eaten was disposed of.

FACT: There is 6 times the amount of food wasted in the world each year as is spent on development aid!

Take a few minutes of your day to watch this video on food waste and its cost to the environment, the community, the atmosphere and future generations – it’ll make you rethink everything you think you know about food waste! 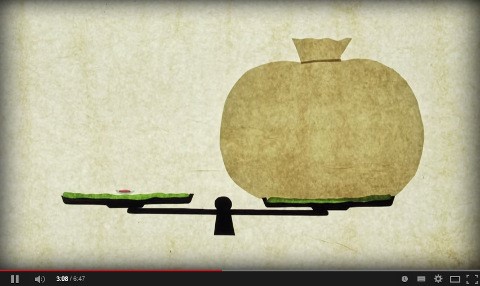 FACT: Food waste contributes twice as much to global warming as all the world’s air traffic combined

Go Green Tomatoes are industry experts who can help hospitality operators identify where food is being wasted and help find those simple ways in which waste can be reduced. We promise 20% is not an impossible goal!