“Teach self-denial and make its practice pleasure, and you can create for the world a destiny more sublime that ever issued from the brain of the wildest dreamer” 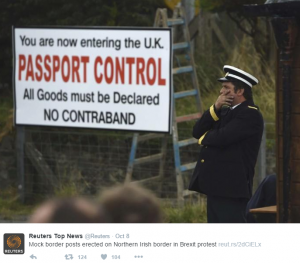 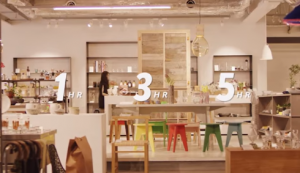 London Hotel Conrad St. James have launched a ‘Stay Inspired’ initiative which trains and empowers team members to be avid storytellers for their destinations.
Hotel guests are giving insider known-how and under-the-radar experiences not found in the guidebooks. Conrad Hotels & Resorts newly appointed Director of Inspiration Peter Jon Lindberg is tasked with driving the vision behind the initiative.

Lindberg joins Conrad following his tenure as Executive Editor at Condé Nast Traveller, and before this Editor at Large for both Travel + Leisure and Saveur.
He will work with onsite concierge teams to curate Conrad’s collection of bespoke 1, 3, and 5 hour itineraries that inspire guests to seek out local culture, art, food, and adventure at each of the brand’s 24 properties around the globe.

Ufi Ibrahim, chief executive of the British Hospitality Association, said up to 35 per cent of the staff in the capital’s restaurants, bars, cafes and hotels were from the European Union. If many quit Britain or new controls severely limit how many can enter, some firms would struggle to survive, she claimed.

“Over half a million people work in hospitality in London
and over 150,000 of those are from the EU”

Londoners come across hospitality every day, whether at the coffee shop, the waitress in a restaurant, the person pulling their pint. 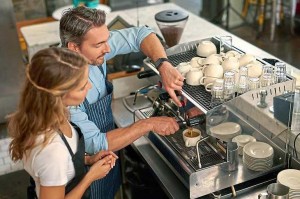 Les Roches launches IB career-related programme with Collège du Léman, Geneva
Les Roches Global Hospitality Education announced that it is running a Career-related Programme in hospitality for well-known Swiss International Baccalaureate (IB) school Collège du Léman based in Versoix. This new academic offering exposes IB students to the world of hospitality and offers them opportunities to work as an individual and as a team in this dynamic industry. Learn more

Novotel Suites Hanoi first Asia Pacific site for Novotel Suites concept
The debut property, Novotel Suites Hanoi, presents a new option to travellers in Vietnam’s capital who desire the services of a hotel with the amenities and privacy of an apartment, offering a choice of 87 spacious studios and 64 one-, two- and three-bedroom apartments. Read more here

Accessible tourism has huge potential for more growth
Around one in five people have a disability. Around 88% of people with a disability take a holiday each year. There are millions of people worldwide looking for accessible travel options. The demand will continue to grow due to demographic aging. Find out more

Marriott International To Acquire Starwood: The transaction combines Starwood’s leading lifestyle brands and international footprint with Marriott’s strong presence in the luxury and select-service tiers, as well as the convention and resort segment, creating a more comprehensive portfolio. Read about it here

The ‘Airbnb effect’: Fairbnb creator Veracruz recently held his first “meet-up”, with about 20 like-minded people who were keen to collaborate on his new rental platform. “With Fairbnb,” he says, “we hope we can reduce some of the pressure on Amsterdam’s popular neighbourhoods.” Read more

Front of house professionals will be racing through London’s Hyde Park: On Thursday 20th October, many will race through London and other cities on National Waiters Day. Led by The Springboard Charity and sponsored by Bunzl, the event aims to celebrate and showcase the dedication and hard work of front of house roles.
Read more here

France tells UK to speed up asylum applications of lone migrant children: The French would like action on the fate of the minors linked to the UK before the destruction of the camp starts and people in the camp are dispersed to reception centres scattered across France.  Read about it here